Tri tip is a triangular shape muscle from the bottom sirloin. It is said to pretty much define Santa Maria, California style of BBQ while not being the most popular cut of beef outside the region. It certainly isn’t first in mind where I live and most often it is “not in mind” when asking local butchers.

Nevertheless, it can be found and here is the proof. 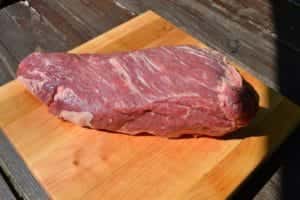 Tri tip is a quite big chunk of meat but generally lean. Although, one side of the cut presents nice fat layer and pitmasters argue if it should be trimmed or not. I trimmed majority of the fat away and left about ¼ in (½ cm). 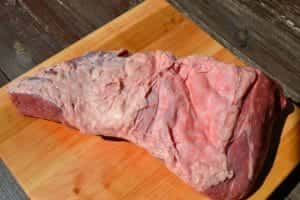 Low fat means high risk of getting dry BBQ. Therefore, medium 145°F (63°C) doneness was my target. Again I decided to go with reverse sear method, which has become one of my favorites. Reverse sear means indirect cooking near to target temp first and then searing with high direct heat to finish it.

Tri tip should be seasoned modestly. Salt and pepper might be the most popular ones. Just like seasoning a regular steak. I am careful with salt but crazy with black pepper.

Cooking is pretty straight forward and does not take too long either.

Here is the method: 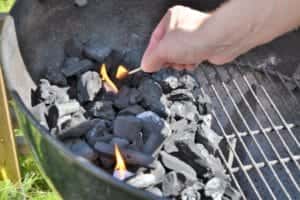 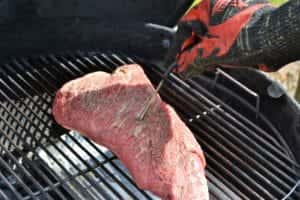 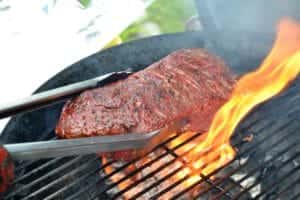 There you go. Tri tip yourself! 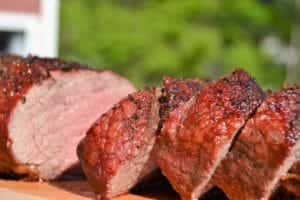 Oh, here is the fourth tip, slice against the grain when serving, unless you really like chewy meat.

Temperature curves can be found below