Mangalitsa is a pig. Happy, curly haired pig with unbelievably soft, flavorful fat. And fat is flavor, as every pitmaster knows. 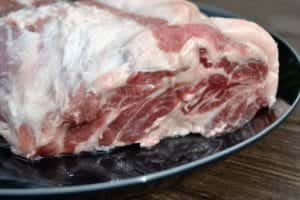 Mangalitsa is claimed to be the “Kobe beef of pork”. It is an old European breed from Austria and Hungary already since 1830. However, after WWII it was threatened by extinction. Trends in farming were towards lean breeds and fast and efficient production. Mangalitsa grows slowly. Luckily on late 1980’s saving of this exclusive breed started.

As you probably guessed from the intro, Mangalitsa is not easy to get. I got 3lb (1350g) pork shoulder through my networks. www.palviaisentila.com is a Finnish farmer specialized in Mangalitsa. In US, at least www.puremangalitsa.com is one source for this incredible pig. Worth of trying.

There is nothing special on barbecuing Mangalitsa pork. I did great pulled pork by traditional methods. Or maybe “great” is an understatement. The fat was mouthwatering and meat so soft. 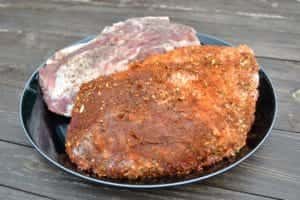 I seasoned the smaller cut with salt and pepper and the bigger one with commercial rub. Sprayed both with apple juice before placing them on top grate of my Weber Smokey Mountain 22”.

I used Weber briquettes with snake method and initially prepared myself for full 10hr cooking. Then, surprisingly only 5hrs. I was a bit afraid that it would not be enough for all the collagens to dissolve. Still I cannot really say, but I think that the fat did its magic by softening the whole dish. In any case, the result was excellent. First two hours I smoked them with apple wood chunks and last 3 hours they were cooking foiled. 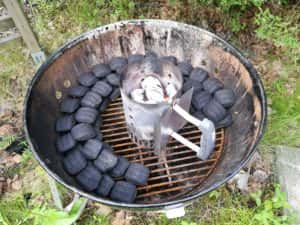 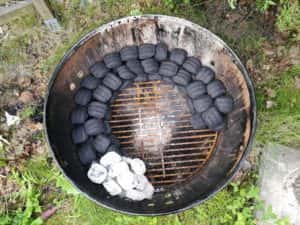 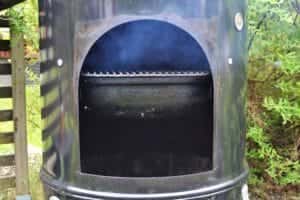 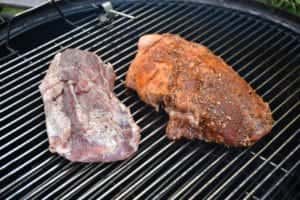 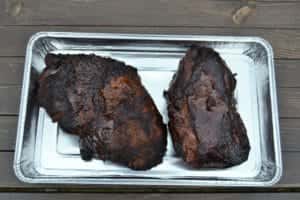 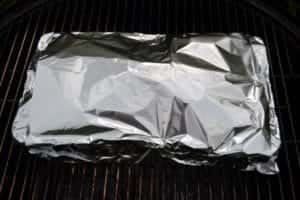 It is fun to try cooking different breeds and learn that pig is not just another pig. Just like there are different breeds of cattle with different characteristics. I cooked Iberico pork earlier and it was also different than any pork before. Still is. Pulled pork I have done numerous times.

Even though Mangalitsa is hard to get, unless you live in Hungary, it is worth of an effort. The downside is that it leaves you begging for more. 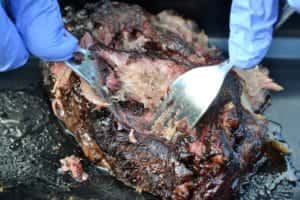 How can I ever go back to “just another pig”!? 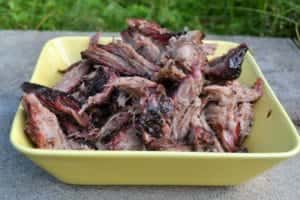