13th of June was a great day. I had an opportunity to co-chef BBQ Party held at University of Helsinki. The division of Pharmaceutical Chemistry and Technology had their annual get-together and BBQ plan was the most ambitious ever. The main organizer and head chef Markus Haapala called for help and I volunteered. I had never cooked for such a big crowd, but I wanted to try. We had 70 people to feed and plan was set well.

The event took place at the backyard of Biocenter 2 in Viikki, Helsinki. We had one big tent and six grills. Two Big Green Egg kamados, one Akorn kamado, one Weber Master Touch 22”, one Rebel 75 offset smoker and one Weber Smokey Mountain 22” which I brought from home. Only charcoal and wood were used. Real BBQ! 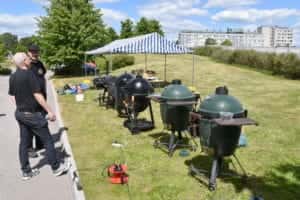 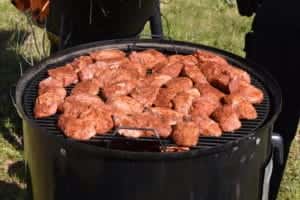 I was given responsibility on meat. Other team members were preparing side dishes indoors, while me and Markus cooked low and slow at the backyard. My main concern was timing. We started 8am and everything was supposed to be ready by 4pm. Well, Markus had started smoking the brisket and Boston Butt already a night before, so those were well on their way when I jumped in. There was so large variety of proteins in numerous different type of cookers, that timing was really something we needed to focus on. 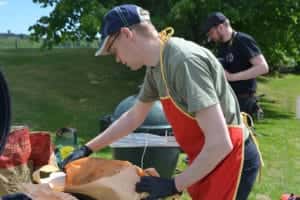 The day went by fast and smoke was pushing out from six grills. We created lots of interest within people passing by. They stopped to chat with us and one of them asked if we were shooting a TV-program. I have to admit from time to time I felt like a rock star.

When invited people started to walk in at 4pm, we still had meats far from done. Timing really was challenging. Pressures started to build up and I got Markus asking if chicken were already done. I reminded that he asked the same question only 5 minutes ago. Still not done. 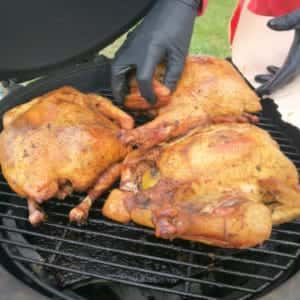 Well, one important thing to remember when cooking for the BBQ party. When things are not under control, pretend! I think we did extremely well. People were enjoying drinks and asking secrets of great BBQ from us. Everything was going just super smoothly. 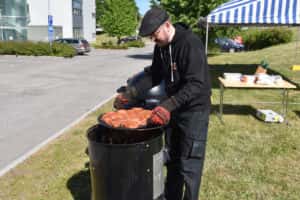 Food was finally served around 5:30pm. Everyone was smiling and praising for the great BBQ. I grilled Picanha hot-and-fast while dinner was served. It was kind of a show number also. Dripping fat was pushing intensive flames and I tried to look cool. 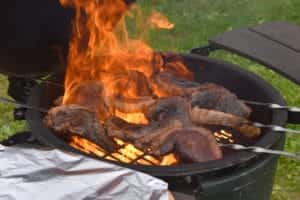 The party ended around 8pm and we started cleaning up and putting things together. My mobile phone reminded me that I had taken 15000 steps today. BBQ is really good exercise! 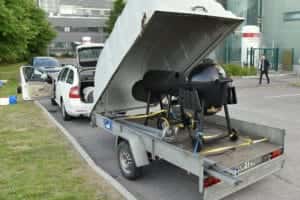 While driving back home, I tried to sum up the whole day. I spent 12hrs outdoors on a very sunny day, learning new cooking techniques and teaching others on what I already knew. With the great organizing team we made 70 people happy. I got new friends and a chance to help others. 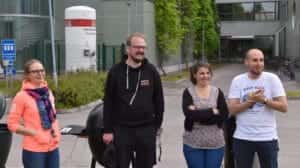 Everything in BBQ is just right!